Interactive Telly was an interesting project, and on the cutting edge of live streaming technology. With 20 plus years in publishing word game puzzles, they know the puzzle market better than anyone. The key here is that 90% of word-based puzzles sold are of the Wordsearch variety. Crosswords and other puzzles fall away into insignificance by comparison – if using word-based puzzles for a concept, Wordsearch is the only option.

They had a concept – to bring this knowledge to TV, and create a game show based on this proven demand for Wordsearch puzzles. This concept is called “Hidden-Words.”

Working together, we created the initial concept for the game show – an interactive, competitive Wordsearch show. It had the key feature of being a “dual-screen” concept – where viewers at home on phones, iPads, tablets or laptops, could play along with the show, which was live and on TV; viewers at home became the contestants! This idea of audience interactivity is revolutionary for the game show industry, and we’re seeing more and more people adopt the concept – with shows such as The Chase developing apps to allow users to play along.

After the technical aspect of the show had been developed, we shot and directed a rough pilot to illustrate the concept.

To date, Interactive Telly is still in talks with Sky, BBC, ITV and Channel 4 about making the show commercial, with high-level interest for backing from Tesco’s, 888 Casino and Ford. 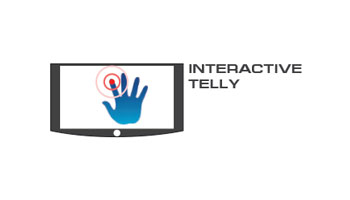